The recent conflicts between Google and Facebook and the Australian Government regarding the instalment of the News Media and Digital Platforms Mandatory Bargaining Code have highlighted the increasing tensions between ‘big tech’ and governments.

Whilst Google has been making deals with Australian news publishers after initially threatening to pull their Search function, Facebook responded by cutting them off entirely. This prevented publishers and Facebook users in Australia from viewing or sharing Australian and international news content.

Not only was standard news content banned, but information from important sources such as government organisations, health services, charities and the police. This attracted a great deal of criticism, with many arguing that Facebook was censoring the flow of important information and encouraging the spread of misinformation in its place.

Facebook has since reversed the ban and has been agreeing deals with news companies in Australia. However, actions such as this have highlighted the scale of power that companies like Facebook and Google have and the fact that they appear to react rather instantly, strongly and negatively to any proposed regulation by national governments.

The changing status of big tech

Companies such as Facebook – who have defined themselves as an ‘advertising platform’ – have now become global social platforms for citizens, businesses and even political groups. In response to this, governments have been more vocal about the need for tech companies to serve the public interest and be liable for the content they promote.

From incidents such as the Cambridge Analytica scandal, it has become clear that those in charge of data collection, advertising and our digital technology are able to decide and shape modern thought through the content on their platform, as sites like Facebook and Google are everyday sources of news and information for the general public.

Additionally, whilst traditional news media outlets have a series of social and legal obligations, Facebook and Google are exempt from some of these rules due to Section 230. This is part of the 1996 Communications Decency Act which treats tech companies as platforms that aren’t exerting editorial control and thus do not need to regulate what is being said or is taking place on their platforms.

As the nature and usage of these sites has developed and gained traction, perhaps it is time to reconsider the legislations surrounding big tech and the way they operate within society. However, these tech companies play a fundamental part in our global development and everyday lives and so negotiations must be made which allow the big tech companies to still operate with a level of freedom, whilst collaborating with governments to ensure social responsibility is acknowledged.

Facebook has come under scrutiny for its failure to tackle disinformation and misinformation on its platform, but as advertising and engagement are the platform’s concern, social obligation may have been overlooked.

In the majority of American law, infrastructure is subject to a different set of rules than consumer goods, and it is treated as a public utility and thus regulated with public interest in mind. Whilst Facebook has become more like a public utility, it is not regulated under these same rules, so it has not been held accountable in the way other businesses may be.

Following the surge of misinformation regarding key elections and the Covid-19 pandemic, and following the siege of the US Capitol in January 2021, many of the major social networking platforms have tightened their restrictions.

Just this week, three of the most powerful men in tech, Sundar Pichai of Google, Mark Zuckerberg of Facebook and Jack Dorsey of Twitter were asked to testify in Congress about their role in the 6 January insurrection at the US Capitol and about the role of their platforms in promoting extremism and misinformation. 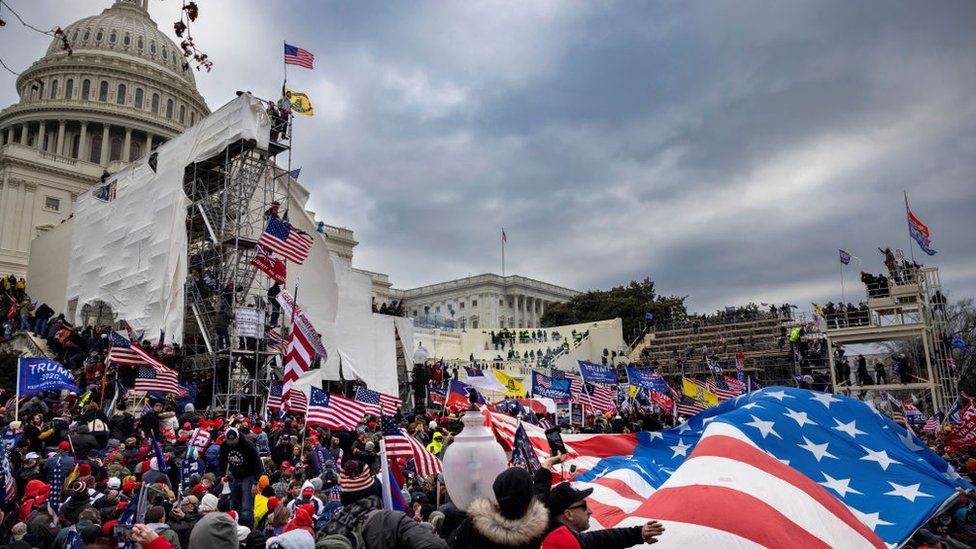 Around the world, governments have also begun to propose new reforms surrounding tech companies to try and regulate some of their influence. New York has proposed reforming its antitrust law which would make it easier to sue tech companies. America’s first broad data privacy law, the California Consumer Privacy act also went into effect in 2020. With the introduction of GDPR and CCPA, users have more legal authority to question what is happening with their data.

The European Commission has also begun unveiling a new set of rulings over big tech companies, and the UK government is also expected to propose similar laws. Two new rules have been discussed; the Digital Services Act and the Digital Markets Act.

The former is a set of rules for the EU to maintain online user safety and protect freedom of expression. A central aspect of this act is that, once a year, tech companies must publish a report on how they have handled risks on their platform; which includes disinformation, unjustified targeting of minority groups and the posting of illegal content by users.

In addition, the DSA would introduce obligations for tech companies to reveal information to their regulators regarding how their algorithms work, how they target ads and how they choose to remove content. If there is more transparency regarding how these platforms function and are regulated, users can make more informed decisions about how they use them.

The Digital Markets Act is similar to antitrust legislation and seeks to prevent the unfair advantage of large companies over smaller tech platforms. The idea is to regulate the ‘gatekeepers’ in the social networking, search engine, social media and cloud computing markets.

These companies would not be allowed to use competitors’ data to gain an advantage over them. Amazon was found to have harvested data on top-selling third-party products and used this to launch their own competing products, which could not be done under the new legislation.

Those who break the legislation would be issued with large fines or break-ups into smaller companies for repeat violations. The suggested implementation of downsizing Facebook and Google to break them into smaller companies has also had backing from liberals and conservatives alike. By regulating infrastructure and enforcing laws such as libel and defamation, governing bodies seek to disperse some of the tech companies’ power.

However, with the implementation of new regulations, there will always be consequences. For example, if the US Government implemented the laws that apply to American utilities, companies that maintain infrastructure are banned from ‘spying’ on those who use it, whereas many of the major big tech companies survive on the collection of data.

As they operate as publishers of content and target advertisers as well as an essential infrastructure, such changes would force Big Tech companies to choose new business models.

Additionally, making social media platforms regulate their own posts won’t necessarily negate damaging content on the internet. Facebook and YouTube have been policing their own platforms thus far, and whilst they have made new terms of service regulations, both still face issues regarding harmful content and misinformation being spread on their platforms.

Governments such as the Indian government have announced new rules for social media platforms to make them “more responsible and more accountable” for their content. A list of offensive material has been compiled, which will not be acceptable on Facebook in India.

However, with all regulatory initiatives, this brings up worries surrounding freedom of speech. Reports state that the government had ordered a block on some tweets in support of the recent farmers’ protests, which Twitter initially refused before eventually relenting. 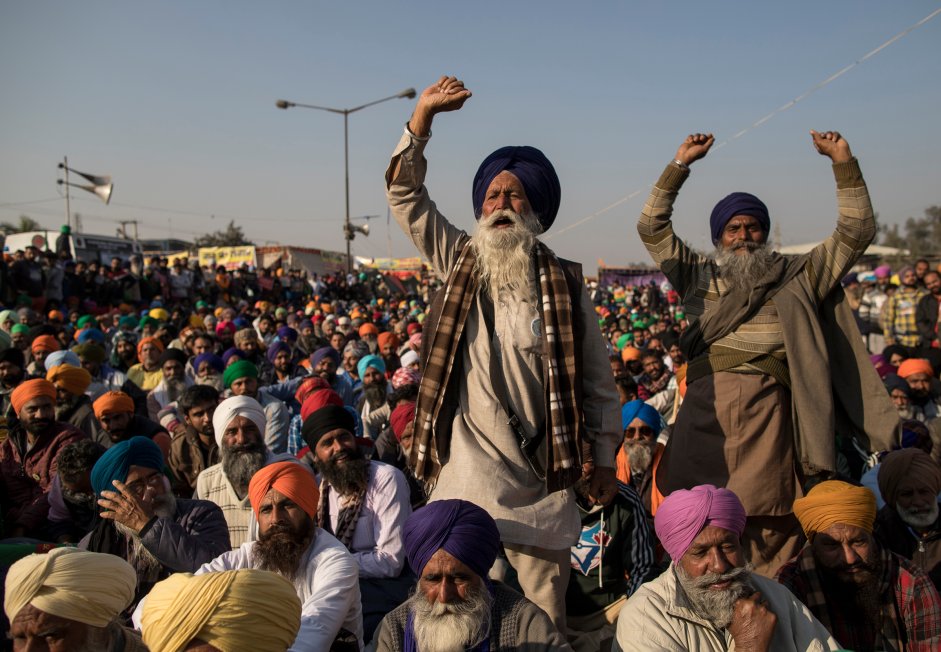 Another issue is that the repealing of bills such as the aforementioned bill 230 doesn’t necessarily address the mass data collection of tech companies or the engagement incentives of promoting more controversial material. One proposed solution to this is that governments could ban targeted advertising or the focus on algorithmic amplification.

As advertising is the lifeblood of these companies, they could be funded by a subscription service or non-targeted ads which don’t rely on data collection. This solution, however, would enforce payment for links and services which would essentially change the face of the internet as a whole as a ‘free’ internet has been the structure of these services thus far.

Legislation like the Digital Services Act and the Digital Markets Act seem like more viable options as they allow the companies to regulate and audit themselves whilst having more social responsibility as they must act in line with the government’s regulations.

In response to the proposal of the Digital Services Act and Digital Markets Acts, Facebook responded by saying these laws were ‘on the right track to help preserve what is good about the internet.’

Conversely, Google’s Karan Bhatia, Vice President of Government Affairs, stated that they were ‘concerned that [the laws] appear to specifically target a handful of companies and make it harder to develop new products to support small businesses in Europe’. However, the DSA functions on a scale, so more influential companies have to take on more obligations.

With both of the European laws, they must undergo a consultation period and be passed by European Lawmakers, which may take years. This would give time for big tech companies to redesign their systems in line with the laws. Arguably this could slow their growth and innovation, which is not favourable to the tech companies, but it does fall in line with the wish for reduced control by tech companies.

The answer? Collaboration is key

Breaking up the major companies Google, Facebook and Amazon into smaller platforms may initially seem like better power distribution, but this may not in itself curb the data collection and misinformation problem on the platforms, but just distribute it among more platforms.

Similarly, shifting power from big tech CEOs to governments doesn’t necessarily solve the internet’s problems, as governments in turn have their own sets of agendas, which in turn shapes their choices and decisions.

Another potential issue with this shift is that governments don’t always understand the tech market. This was a key accusation in the battle between the Australian government and Google and Facebook with the initial legislation that was proposed.

Managing director of Google Australia and New Zealand Mel Silva told a parliamentary hearing into the proposed scheme that it was unworkable and “untenable” for them, stating: “The principle of unrestricted linking between websites is fundamental to search”.

However, ultimately both Google and Facebook lobbied the Australian government for changes to the code and they were able to come to a compromise that satisfied all parties.

It, therefore, seems that the most favourable situation would be a collaborative effort between tech companies and governments, instead of the head-butting that the Australian vs Facebook situation initially showcased with their knee-jerk reaction of pulling the news content.

It is true that companies such as Google, Facebook, Amazon and Apple have a great deal of social influence which needs to be regulated so that it serves the public interest as well as their own business models. In turn, governments need to be advised by experts at the tech companies in order to make sure that these platforms can continue to function smoothly with freedom for their users, even with regulations in place.

All regulations come with unforeseen consequences, but with efforts taken by governments in conjunction with big tech companies, working together rather than clashing in public, they can ensure the fundamental merits of the internet are preserved whilst users are informed and protected.