Google has threatened to withdraw its search engine services from Australia. This comes after Australia proposed a bill that would see media giants Google and Facebook having to pay Australian media companies and news outlets for sharing and linking their content.

Google’s Australian Managing Director Mel Silva said that the terms of this new bill are ‘unworkable’ and would cause ‘unmanageable financial and operational risks for the company’. User data amassed by Google from these news stories would also have to be shared with the publishers of the content, which has caused further concern for Google.

However, in response to these comments, the Australian Prime Minister, Scott Morrison, has clearly stated ‘we don’t respond to threats’ as the government proceeds with its digital media code. The law is currently being debated in the Australian Senate and is expected to be voted on early in the year.

Why was this bill proposed?

The bill was developed after the treasurer, Josh Frydenberg, instructed the competition watchdog to develop a code of conduct in response to the Digital Platforms Inquiry in December.

Released by the Australian Competition and Consumer Commission (ACCC), the interim report detailed the impact of Google, Facebook and other platforms in Australia and found that Google is the dominant provider in the complex $3.4bn online display ad market. Negotiations took place between the digital platforms, the ACCC and media companies, but these stalled, which led to the mandatory code being developed.

The Australian government has said that it wants ‘fair’ payments for news organisations which have experienced losses in past years. Print advertising revenue has fallen by three-quarters over the past 15 years and, since the pandemic, many newspapers have shut down, with journalists being furloughed or made redundant.

Public broadcasters in Australia such as ABC news have had their funding cut by millions since 2014. In contrast, digital advertising on platforms like Google and Facebook has risen dramatically over the same period. With the implementation of this bill, news outlets could benefit from increased revenue from advertising.

What would the bill mean for search engines and media companies?

The legislation would introduce a bargaining code which forces digital platforms like Google and Facebook to negotiate payment with media companies for their news content. The media companies will also be able to negotiate with the digital platforms as a group. If no agreement is made within three months of negotiation, the companies would then be sent to an arbitrator who would pick the best offer proposed from each of the parties.

The bill also imposes a range of minimum obligations on digital platforms; such as the need to provide news media businesses with information about the data these platforms collect; and providing at least 28 days’ notice to any algorithm changes which would affect news ranking.

The treasurer, alongside the Australian Communication and Media Authority, will decide which companies will be required to comply with the code, but it will include Google and Facebook.

The Australian Communications and Media Authority (Acma) will determine the eligibility of media companies but the criteria state companies must ‘predominantly create and publish news in Australia, serving an Australian audience subject to professional editorial standards, and editorial independence from the subject of the news coverage, with revenue exceeding $150,000 per year.’

The ACCC would also be able to issue infringement notices for minor code breaches and fines of up to $10m per breach for larger breaches. Even if Google removed its Google News services in Australia, it could still infringe on the code due to the fact that it serves news through search results on YouTube.

What has been the response to the legislation? 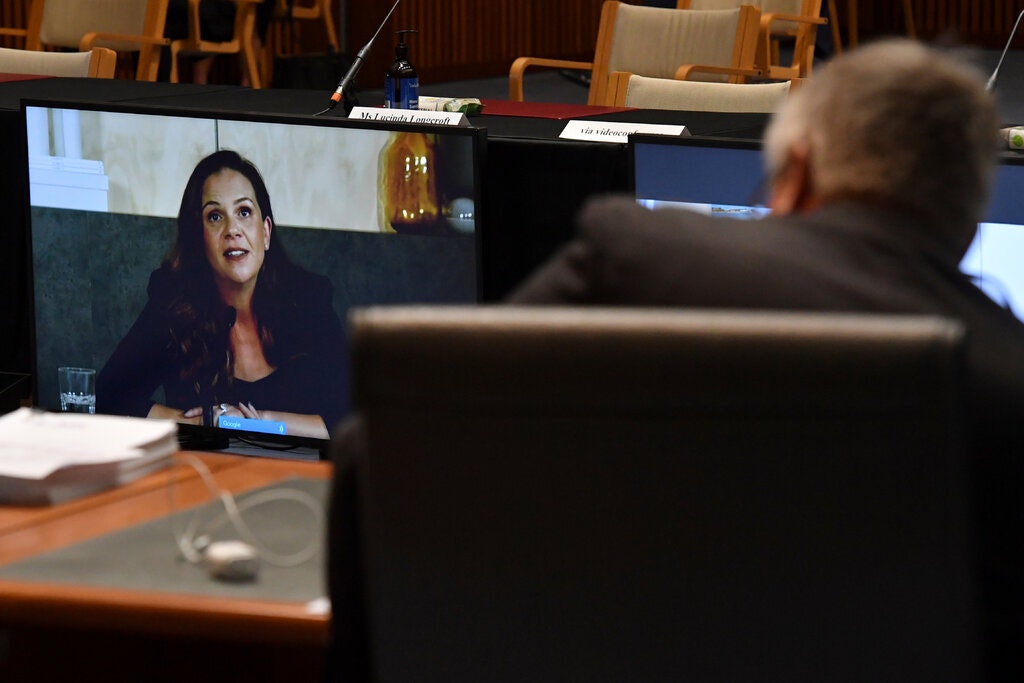 In response to the proposal of this new code, Google has expressed deep disappointment. Calling the bill a ‘heavy-handed intervention’ which will impede Australia’s digital economy, Google Australia’s Managing Director Mel Silva said that the principle of unrestricted linking between websites is fundamental to search engine capabilities, and changes to this may restrict the services Google can provide in Australia.

However, it is possible that there could be a workable solution for Google in which ‘we would pay publishers for value, they would create and curate content and panels that would exist across several Google services,’ Silva stated. These sorts of deals have already been made around the world, so could be a suitable solution for Australia.

In addition, Facebook’s vice-president of public policy, Simon Milner, said that the social media giant has several concerns about the proposition of this new legislation. It would require media giants like Google and Facebook to have commercial arrangements with every content publisher in Australia, work which he states the sheer volume of which ‘we regard as unworkable’. Allan Fels, however, has said that the code had already been amended to take into account concerns expressed by tech companies.

Following this, the Australian treasurer urged Google to focus on paying for Australian content rather than blocking it, after media reports began to surface that claimed Australian news websites were not showing in searches. Google later confirmed that it has been blocking the sites for a small number of users in an experiment to determine the value of its service to Australian news outlets.

This is thought to be a response to this new legislative code, and a means in which Google seeks to prove that the new rulings will be of detriment to Australian news outlets. The test affects 1% of users and is reported to be finished by February.

The new bill has also garnered a mixture of responses from other prominent figures. The Council of Small Business Organisation Australia’s chief executive Peter Strong added that Google turning off its search engine in Australia could be detrimental to small businesses and those trying to promote their products to consumers. He went on to add, however, that due to its monopoly on internet search, Google does need some stringent regulation.

What happens next and what will the impact be for search engine users?

Although Australia is only a small portion of Google’s search market, the introduction of this new legislative code may set a precedent for other countries to re-evaluate the way Google and Facebook operate in relation to their news organisations.

Google has already withdrawn its search function from China over censorship issues, but the situation in Australia is slightly different, as their governmental structure more closely reflects democracies in Europe and the US. The EU is already making similar attempts to regulate Google – the Directive on Copyright in the Digital Single Market contains Article 11 which states that news aggregators should pay news publishers for using snippets of their articles.

Businesses will still be able to advertise using Google services such as Google Ads. However, with no Google Search in Australia, these ads wouldn’t be able to appear for Australian users in the search results, although adverts could be placed directly on Australian websites through the display network. It is also possible that Google could redirect Australian users to the US version of Google, but this would likely strip out localised search results.

Ecosia, OceanHero and SearchScene are all eco-friendly search engines that operate using Bing. SearchScene, for example, donates 95% of its advertising revenue to environmental charities, which users can help choose on their website. These sorts of search engines becoming more mainstream would also help counteract the climate crisis which is becoming increasingly important.

Having said that, the most likely conclusion to the matter is that Google and Australia will find a compromise, perhaps with Google agreeing to pay a certain fee to organisations whose content they use. Still, this is the closest we’ve come to a search market shakeup in a while and it will be interesting to see what happens next!

If you enjoyed this article, you can keep an eye on the blog for more insights into the world of search and more.

*The Click Hub does have a commercial relationship with SearchScene but this article is not sponsored in any way.