The new version of YouTube’s music streaming platform was officially launched in May 2018 after its first release back in 2015.  It followed in the footsteps of Spotify by offering both free and paid ad-free subscriptions, as well as a more dynamic generation of song suggestions based on user data.

While this iteration of YouTube Music is still relatively new, we’re asking whether Google’s new venture can provide a challenge to Spotify in the coming years.

Battle of the Algorithms

The factor that makes music streaming platforms so appealing is their ability to use your data in order to create a highly-personalised service. This involves generating automatically-created playlists based on what you listen to and show interest in. When it comes to a question of YouTube Music vs. Spotify, both are extremely good at creating tailored playlists and finding music that a user will enjoy.

Spotify has the upper hand in terms of variation – its ‘Daily Mixes’ group songs together based on genre and style. YouTube, on the other hand, only has one ‘Mixtape’ made in this way. However, users have reported that it dials into user tastes quickly and effectively, which is no surprise considering Google’s long history in data analytics. YouTube Music also has the added bonus of an ‘Offline Mixtape’, which automatically downloads for users so that they can listen at all times.

Both Google and Spotify are experts at using data to create and maintain their audiences. 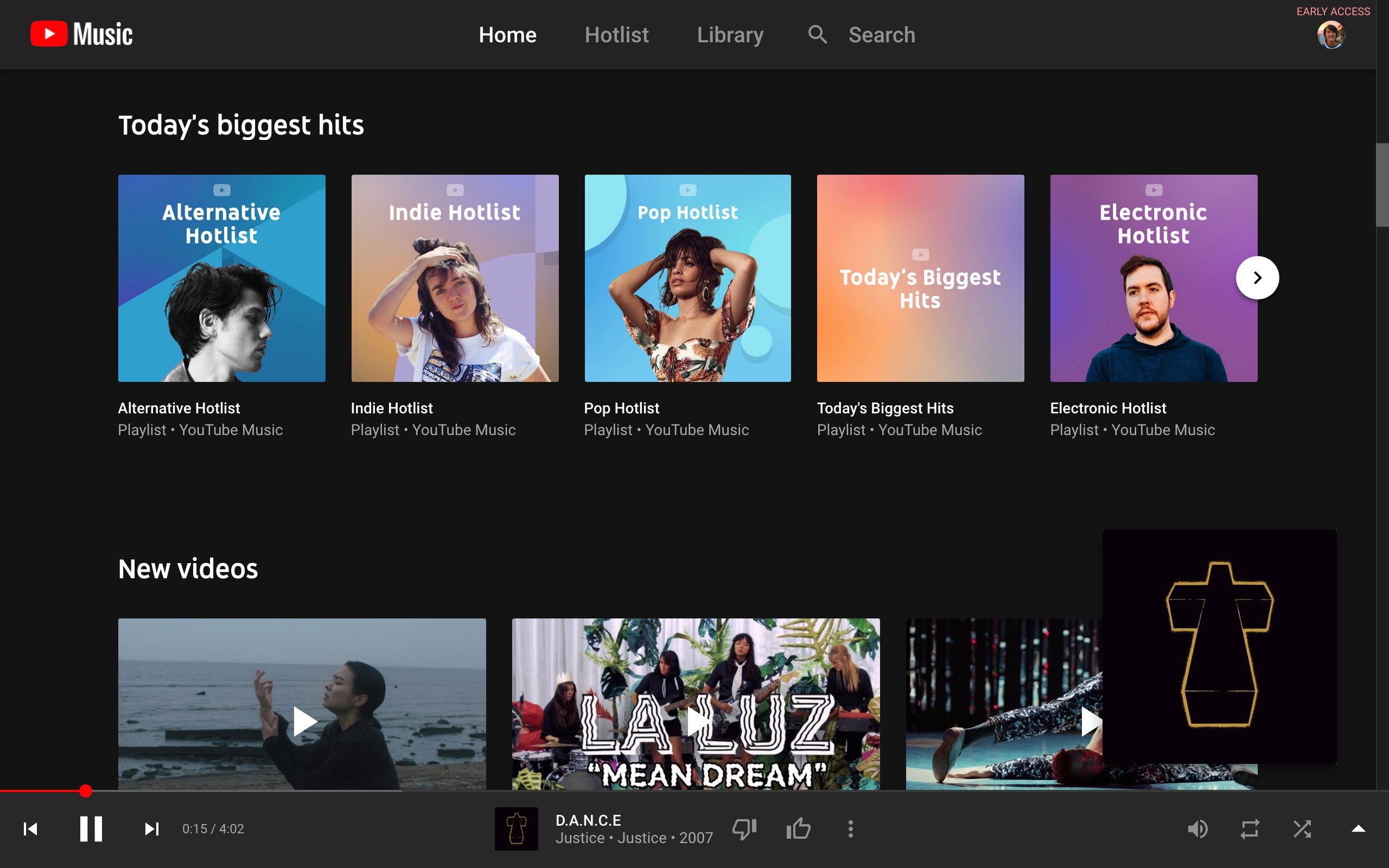 Related article: What Can ‘Black Mirror: Bandersnatch’ Tell Us About the Media Landscape?

Both platforms are constantly making changes to compete in an increasingly crowded market. In November, YouTube launched an attractive student discount to position it as an alternative to Spotify. Indeed, as of January 2019, YouTube Music is now compatible with Sonos speakers, making it a more viable music service for people looking to host parties or just hang out with friends. There is no doubt that YouTube Music will continue to adapt and make itself a serious contender in the market.

However, Spotify is also continually adapting its platform. A recent move by the company saw them introduce a feature which allows users to mute and block artists. This came after a backlash from users about the presence of R. Kelly’s music, who is currently facing allegations of sexual abuse. Spotify has shown itself to be in tune with the requirements of its audience and is leading innovation in the way we listen to music.

Spotify has the edge in terms of useful features at the moment, but YouTube Music has shown that it will be quick to evolve and compete. 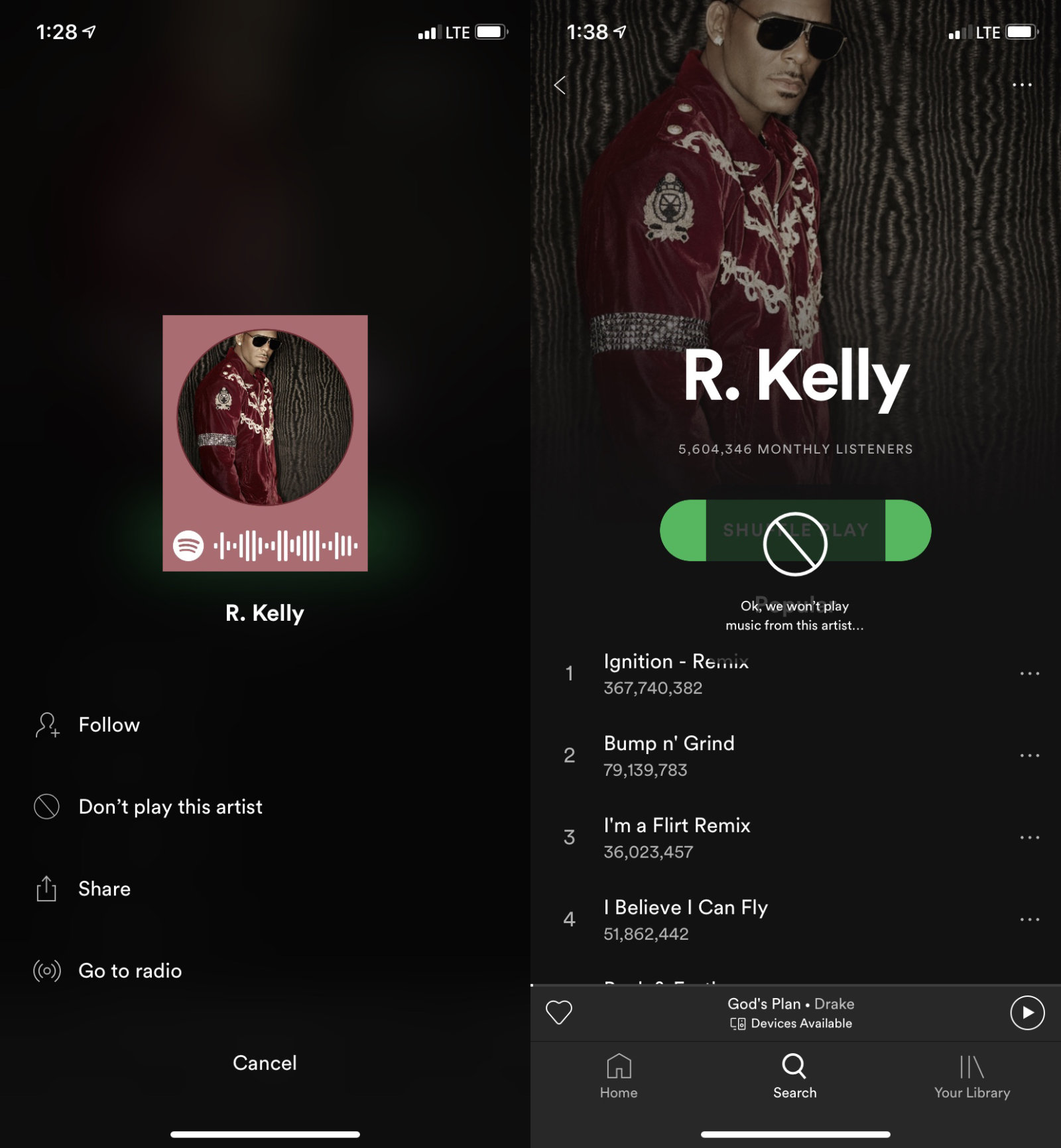 While Spotify is almost exclusively used as a music streaming platform, YouTube began as a hosting platform for video content. It therefore has a much wider scope, as its videos now cover music, gaming, fashion, and food. This video content can be accessed ad-free with a YouTube Premium membership, which also includes YouTube Music. A Premium subscription is £11.99 a month, just £2 more than a Spotify £9.99/month subscription.

Therefore, in the battle of Youtube Music vs. Spotify, the question comes down to whether users will prefer an individual application or service for each media (e.g Spotify for music, YouTube for video) or whether there is enough appeal in having it all.

Another advantage that Google has over Spotify is money. Some predict that Spotify will never turn a serious profit due to the nature of the music industry, no matter what they make from adverts and subscriptions. Google, on the other hand, is famously a jack-of-all-trades and has the financial capability to test out new ventures.

As a Google product, YouTube Music has massive potential for expansion – the possibilities of this platform are very exciting.

If you are interested in advertising on Youtube, get in touch with us to see how we can help.

The Final Verdict: What Does the Future Hold?

Currently, Spotify still reigns supreme as the go-to music streaming platform. It has made a name for itself in that particular niche and has created a loyal customer base who are unlikely to switch on a whim.

However, YouTube also has years of brand consolidation under its belt. Although YouTube Music is relatively new as a platform, YouTube is the world’s second-largest search engine and already has years of your search history to work with to make YouTube Music a highly-personalised and user-friendly platform. Combined with Google’s prowess in advertising, it makes sense that companies might increasingly choose to place adverts on YouTube Music rather than Spotify.

It’s hard to say whether YouTube Music will completely overtake Spotify as a music streaming service, but Google certainly has the tools to take it on.