Many people resent having to view ads to access content on social media platforms. Although this is how the model works to give you free access, the tech giants behind the advertising platforms make a huge amount of profit and many have become disillusioned with the concept.

Enter WeAre8: an app that allows you to get paid and donate to charity for watching ads, rather than the money going to Google or Facebook. We take a look at how the model works and whether it could be a turning point for the ad industry.

WeAre8 describes itself as ‘The People’s Platform’. In simple terms, it is a social media app where users are paid to watch ads. They can choose to forward this on to charity or get paid themselves. Either way, the brands advertising on the app also donate a percentage of their ad spend to charity.

You can join the ‘8Community’ by downloading the app, which has a feed called the ‘8Stage’. This is where community members upload content that you would typically find on other social media platforms, such as photos and videos, but with a focus on doing good in the world and making an impact.

Once you have completed your profile, you have the option to ‘tap to watch ads, get paid and change the world’. For example, when I created a profile, I was given the option to watch a 48-second video from Tesco and answer a few questions. I earned 15p and a 1p donation was made to FareShare. WeAre8 state that you can earn 6p-25p per video.

However, it can take up to 30 days to receive the money in your wallet and there is a limit on the number of ads you can watch. For example, reviews suggest that you can typically only watch one advert per day, and some people have suggested that the same adverts are often repeated.

They will also send you short videos from brands by email or notification so you don’t have to be on the app to be reminded about watching videos.

After a period of time, you will receive payment in your WeAre8 app wallet. You can then choose to pay it forward or get paid. The brands running the ads will also directly donate a percentage of their ad spend to charity. 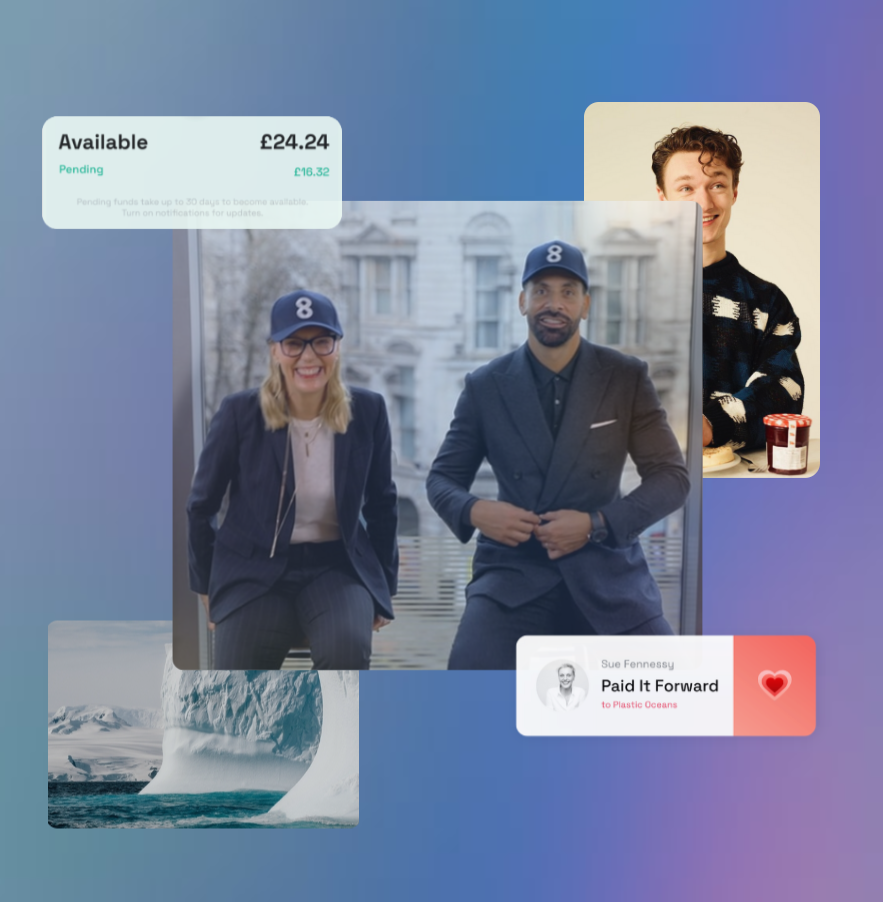 How does WeAre8 work for brands?

WeAre8 suggest that its advertising model is more effective in reaching audiences because consumers choose to watch ads on their own terms, rather than being shown them. This approach does ring true in a society that is growing increasingly fatigued with big tech companies and constantly being shown adverts.

In order to get paid, the audience must watch the video from start to finish, which can be up to 2 minutes long – this is different from YouTube, for example, where ad videos are shorter and can often be skipped, or Instagram, where videos on Stories can be swiped away.

Brands are also able to ask three questions to their target audience, which is useful for market research purposes and refining who they are targeting.

Although it is still in the early stages, WeAre8 claims to have an average click-through rate of 37% compared to 0.9% on other platforms (their statistics), as the audience is encouraged to click through to the landing page.

From my experience, this high click-through rate is likely achieved by the call to action button at the end of watching the advert which says ‘Check it out!’.

This falls underneath the message that the money will be available in your wallet in 30 days so could be leading customers to believe that the button will take them through to their wallet rather than the brand’s website.

Who is behind WeAre8?

The founder and CEO of WeAre8 is Sue Fennessy – an Australian-born tech entrepreneur who was previously the CEO of the Standard Media Index, a leading source of advertising pricing and spend data.

She has a great deal of experience in digital advertising but had become frustrated at the huge amount of ad money going directly to Google and Facebook while misinformation and hate continued to spread on the platforms.

Furthermore, she labelled the low engagement rate on such ads as “appalling advertising effectiveness for brands”.

She decided that a model where consumers were paid for their attention would be an attractive and effective alternative to the current digital advertising sector – which is why she created WeAre8. 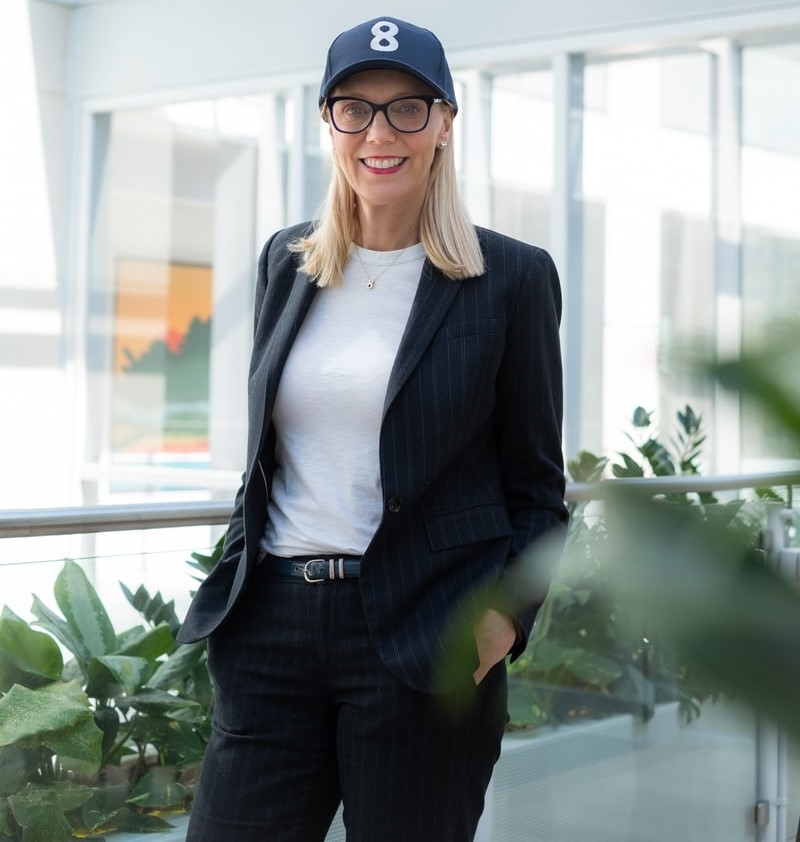 Does WeAre8 have any backing?

Most notably, WeAre8 has partnered with ex-footballer Rio Ferdinard who has helped to bring awareness and attention as they launch various rounds of funding.

According to their website, Rio announced a ‘Call to Arms’ for 80 million people, just 1% of the human population, to unite on WeAre8 and help change the world in just 2 minutes a day.

Broadcaster Channel 4 has also backed the app as part of their recent $15 million Series B investment round.

They are also working to bring global brands on board to make the app a success. They have already partnered with eBay and Cadbury, among others.

Does this represent a turning point in the digital ad industry?

The concept makes sense in an increasingly socially and environmentally-conscious world and taps into a very different angle for the ad market.

However, the reason businesses use Google and Facebook is so that they can directly target customers who are already interested in their products or services. With Google Ads, for example, you use keyword targeting to show ads to users who are already searching in your target area.

Their argument is that this provides a more captive audience for brands because they are actively choosing to watch the advert rather than it being pushed on them. However, it may be harder to reach an audience that doesn’t already know your brand and choose to support it – this is where the difficulty will lie.

At the moment, WeAre8 also seems geared toward larger brands that can afford to produce engaging video content and donate a portion of their ad spend to charity.

In its current form, WeAre8 doesn’t seem like it would be a viable advertising option for smaller brands and businesses who are trying to establish themselves in a particular market. Instead, it is an option for those that are already in a strong position.

The other potential issue is consumers could simply let the videos play in the background without paying attention and still collect the money. Although users are asked to complete questions which require engaging with the brand, the idea that they will be absolutely engaged in your advert throughout could be disputed.

It will be interesting to see how WeAre8 evolves, but it is unlikely that this will replace digital advertising on Google and Facebook, which is perhaps what Sue Fennessy would like to believe. Instead, it provides an alternative advertising option for audiences interested in social and environmental issues and larger brands who want to demonstrate their corporate social responsibility.

Having said that, it’s refreshing to see an alternative model for digital advertising that rewards the user for their time, as well as giving to charity and encouraging brands to support social issues, so we are excited to see what happens with WeAre8!