“Streaming isn’t a format: it’s a business model. But streaming is still only one business model, and a business model that in many ways is so constraining, that we really only have one set of experiences in the market.” – Mark Mulligan, Managing Director & Analyst, MIDiA Research (UK)

It cannot be disputed that music streaming reigns supreme as the main way in which music is consumed around the world, accounting for 85% of music industry revenue. Gone are the days when you would run to grab a copy of your favourite artist’s new album; now a whole world of music can be found at your fingertips, within a few clicks.

The Recording Industry Association of America reported that the revenue of paid streaming, ad-supported streaming, and radio streaming grew by 12% to $4.8bn during the first 6 months of 2020. Even Goldman Sachs predicts that the recorded music streaming market will be worth around $37bn by 2030.

Nevertheless, with problems come opportunities; for growth, development, and new technologies which take recorded music streaming into its next form.

Who profits most from streaming?

With audiences embracing streaming services en masse, one might assume that songwriters and artists would be seeing an increased revenue through them. However, this is not necessarily the case.

This is due, in part, to the ‘pro rata’ business model which many streaming services (Spotify and Apple Music being the main examples) run on. ‘Pro rata’ means that the money from subscriptions is pooled each month and then divided up based on the popularity of individual tracks.

So, even if a listener has played a track non-stop for a month, the money from their subscription would go to the top tracks across the entire platform, not the artist they enjoyed. As such, this style of payment gives favour to major labels and top artists rather than midsize or small artists, even though their music may be played frequently.

Fans have no say on where their subscription money goes, which could be a dismaying surprise to many streaming users. This system was implemented initially due to its cost-effectiveness and efficiency to manage; however, these services tend to benefit the service providers the most.

Last year, streaming in the UK was worth about £1bn and yet artists could be paid as little as 13% of the total income. It is reported that Spotify currently takes about 30% from the subscription fees, whilst the rest is divided amongst rights holders based on the number of streams.

These rights holders are made up of record labels, publishers and distributors that then pay artists based on their individual contracts. Streaming pay-outs also change depending on signing to a major label, an independent label, or songwriters of individual songs and performers. Varying contracts can offer wildly different pay between artists and performers.

Transparency is the issue here, as it is difficult for artists and songwriters to understand what royalty chains are being employed by their publishers and how this affects how much and how quickly they will get paid. Different forms of contracts can be set up surrounding licencing of their tracks, and songwriters and artists may not know what route their music is taking and thus how many royalties will need to be paid to license holders.

False plays and inaccurate data can also alter who gets royalties. For Spotify, bad metadata contributes to unpaid money which is thought to be somewhere in the millions. There is even what is known as ‘black box royalties’ which is when bad metadata from streaming services, or unclaimed money from disputed rights ownership, collects. Unclaimed royalties also accumulate when a publisher or writer cannot be traced by a collection society.

This mostly affects smaller artists. For example, many US songwriters who sell their music internationally, but are not signed to a publishing company with overseas representation, often become lost in the royalty chain. The resulting ‘black box royalties’ then get distributed back to the major market players.

So, whilst it is often smaller artists’ money that gets lost, it is distributed back to larger publishing companies in a “reverse Robin Hood” effect. In order to make the system fairer for artists, streaming services need to be more transparent for artists regarding royalty distribution and have a more user-centric focus.

What would a fairer means of streaming look like?

Music streaming in its current form is not feasible long term if it is directly detrimental to artists. But how could streaming be restructured in the favour of its artists and how might this affect consumers?

Some argue that Spotify should be adopting a more user-centric payment structure instead of their current pro-rata one. So, if a user pays for a subscription and plays a particular artist frequently, the distributable part of their subscription fee would go to the artists they played the most that month instead of the pool of musicians whose songs were streamed the most across the platform in a given month.

However, fans tend to want their money to go to support the artists they love. As such, platforms like Bandcamp which allows artists to upload their music themselves, set the price of their work and for their listeners to directly support them, have become popular.

Up-and-coming artists and those from a wide range of scenes can find recognition and reach their audiences more effectively on sites like Bandcamp. Streaming platform Deezer has also started looking into user-centric streaming, so this could be a future iteration of streaming that suits both listeners and artists alike.

Could social media be the future of music streaming?

In the wake of the Covid-19 pandemic, the way artists engage with audiences has begun to shift, showing potential new ways we may consume music. Without the ability to host live concerts, many artists have moved onto social media and other online media platforms to interact with their audience.

Notable examples of this include when Drake set the world viewing record for an Instagram Live at 310,000 in March 2020, whilst Dua Lipa’s Studio 2054 Album live stream sold 284,000 tickets prior to the event. Such examples highlight how social media platforms like Instagram have offered a new way for artists to promote music and, crucially, engage with fans. 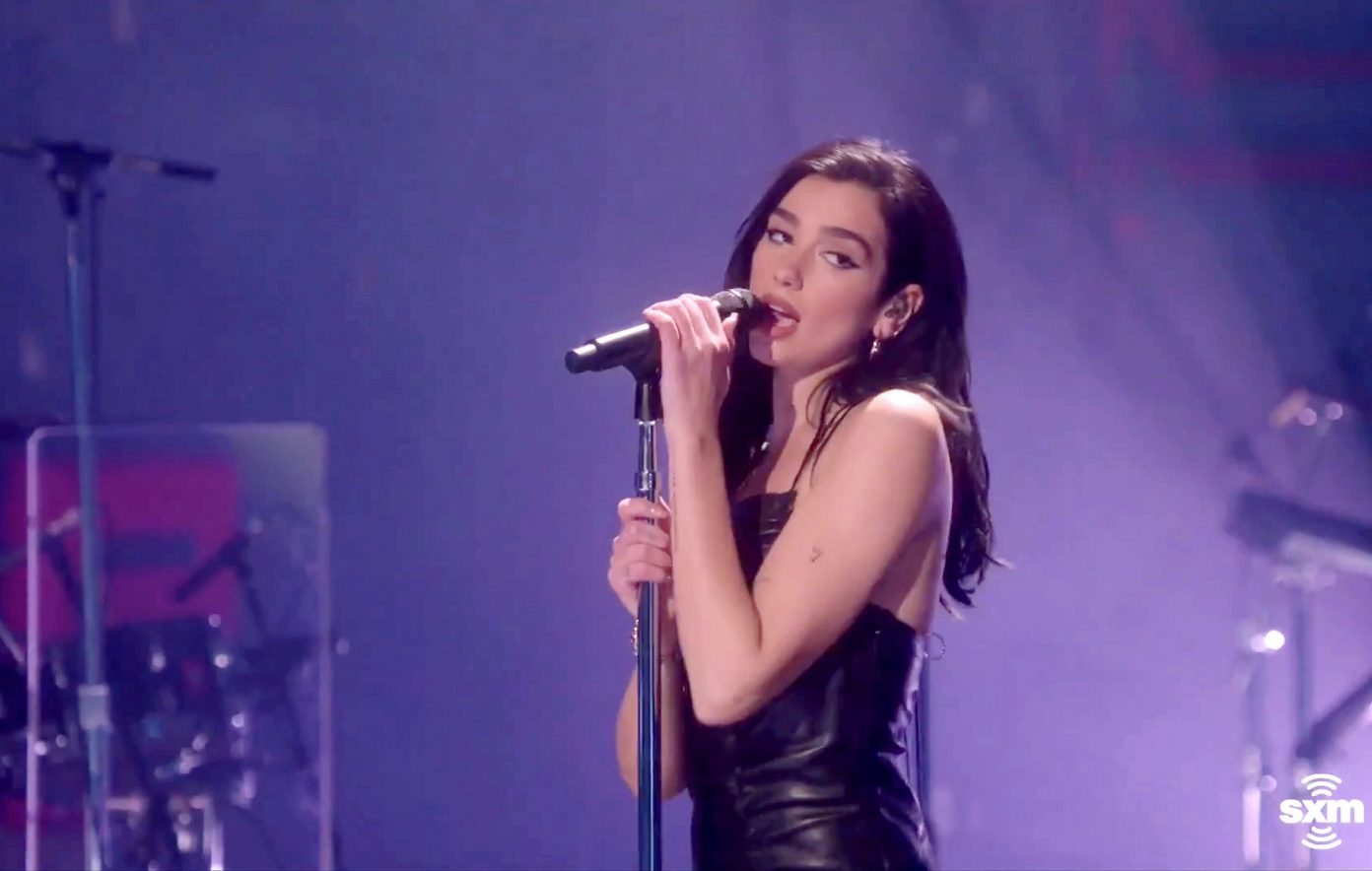 Instagram live videos allow artists to directly answer fans’ questions and talk about their music, whilst platforms like TikTok allow fans to ‘duet’ videos with their favourite artists. Artists in turn can even duet with fans, allowing greater levels of interaction.

In addition, artists can pick from a range of platforms to customise their user experience and appeal to different demographics of users. DJ Marshmello gave a virtual live performance on the popular game Fortnite in 2019 which was watched by more than 10 million people. Other platforms such as YouTube and Twitch have also seen a surge in live streaming engagement.

Social media is not only a useful asset for established artists, but it has also proven itself a way to allow up and coming artists to break into the mainstream. When ‘Old Town Road’ went viral on TikTok, this was a major element that helped launch Lil Nas X’s career, as he subsequently made a deal with Sony’s Columbia Records. Artists like Doja Cat, who is signed to RCA (a fellow Sony label), have also had hits on TikTok.

As deals between social media platforms and music recording companies continue, social media continues to grow within this industry. Even the CEO of Warner Music Group, Steve Cooper, reportedly stated that social media as a revenue stream is ‘growing at a faster rate than subscription streaming’.

The changing face of music streaming

A final criticism of music streaming services in their current form is that the ‘one size fits all’ structure of these platforms does not cater to all musical styles. One of music streaming’s greatest assets is its ability to bring an extensive musical library to users’ fingertips, but this could be seen as a detriment to some styles of music.

For example, the popularity of playlists with a variety of shorter songs with immediate hooks has been seen to disadvantage genres such as jazz and classical which traditionally have longer play lengths.

This could lead to a rise in ways that streaming services could be tailored to the user with more than one tier of subscription. Such a strategy is already being implemented by Amazon Music, which has several different tiers for customers from a free tier to a $14.99 HD subscription. Other options in the future could be personalised elements and services for users to connect better with their favourite artists.

For differing price ranges, streaming services may offer specific catalogues for fans of niche or specific genres, the option to pay for one-off ‘day passes’ to access playlists for an occasion such as a BBQ or party, or higher ‘VIP’ subscriptions for super-fans who may be given access to limited content, early access tour tickets and so on.

This would allow the industry to cater to more casual listeners who may not want to pay for a full subscription and also offer perks for avid music listeners who want to access more content. Music is varied and personal, so why should its streaming be any different?

We may ask whether or not people would be willing to pay these higher prices for subscriptions. However, according to a survey by Thinkwell, nearly half of US adults aged 18-64 are willing to spend up to $1000 for personalised and interactive music experiences. Avid fans of artists may happily fit a higher bill if they are able to get closer to the artists they love. 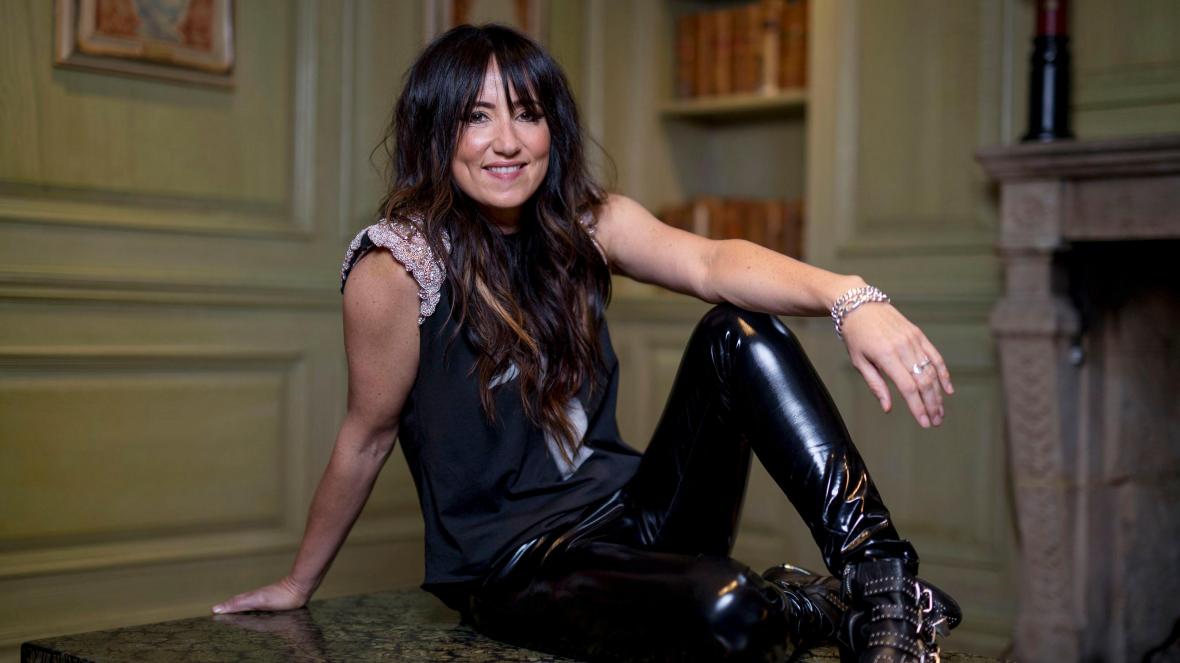 Some artists, such as KT Tunstall, have started Patreon accounts in which fans can pay monthly subscriptions for access to exclusive music and the ability to communicate personally with the artist. This close communication and interaction are key both for the artists and their fans.

It seems we are moving into a time, as expressed by Warner Music CEO Steve Cooper, where ‘the creators are the audience and the audience are the creators’. From duets on TikTok to Instagram reels encouraging users to create content that includes music, our experience with music seems to be progressing into a more interactive form, and this may be reflected in what streaming services offer.

It seems that the future of streaming must lie somewhere where both artists and listeners are respected, can customise their experiences, and can interact with music on their own terms.