We are a very, very impatient bunch. By ‘we’ I mean us internet users. We want our content and we want it now. You’ll have an acute appreciation of this if you’ve ever needed to use Google Maps with poor phone signal or tried to stream live sports with bad wifi. On top of this, video content is being consumed more now than ever before, particularly on YouTube.

Shortly after Google bought the video-sharing platform in 2006 they started to incorporate it into their display network, and thus we saw the dawn of YouTube advertising. Initially, it was only small banner ads that appeared on top of whatever video you were watching, which was easily dismissed. In 2010, Google introduced TrueView in-stream ads, whereby users see the advertisement video in place of the feature video and, after five seconds, are given the option to skip the ad. 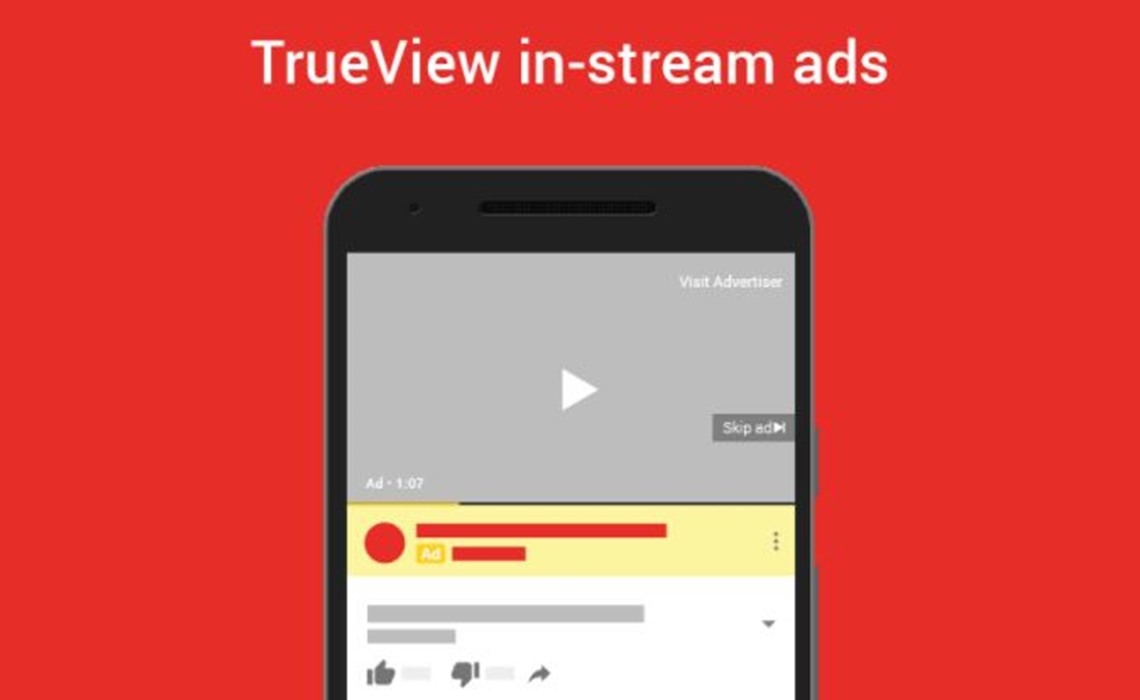 This format is “built on the promise that you’ll only pay when someone chooses to watch your video”. That is, if the user clicks the skip button after the first five seconds, there is no charge to the advertiser. In actual fact, there is no charge to the advertiser until users watch a full 30 seconds of the ad (or if they engage by clicking on a link, or the duration of the ad is less than 30 seconds and they watch the whole thing). Many business owners don’t know this so they’re potentially missing the opportunity for very cost-effective marketing on the world’s second largest search engine.

So, our consumers are watching videos and they don’t have time for poor quality content. The challenge, then, is to convince our very impatient target audience in under five seconds not to hit the skip button on our video content.

A fine example of how to do this can be found by looking at a current campaign by the online grammar checker Grammarly. You may even have seen this video appearing as an ad on YouTube:

This tells the story of someone starting a new job, managing the social media accounts of some sort of tech company and having to deal with lots of complaints across multiple channels due to some server failure on her first day. The idea is that thanks to Grammarly, Lily is able to quickly respond to all of these people without worrying about silly grammatical mistakes, as the software flags any errors and provides a simple means of correction.

Some critics were quick to point out that the company shouldn’t have employed someone so prone to making such errors as their social media manager but that’s missing the point. Like Lily, we’re all human and we make silly mistakes when the pressure is on. This ties into an emerging theme of dropping the B2B and B2C marketing mindset, and instead adopting the H2H approach: human to human. I know, I nearly threw up when I first read that too but they have a point.

Your marketing should have a personal message that people can relate to. Grammarly could easily have used a video to walk through all the features of the software (which is pretty great by the way), but would that have convinced people to stay watching beyond 5 seconds? Probably not.

So here are just a few of the features of this video I think, make it stand out, and examples of things we can apply to our own video marketing.

Although you don’t need slick production to go viral and, with the quality of modern smartphones, anyone can shoot an HD video, you are going to struggle to stand out from the huge volumes of video content with sub-par video quality. This video was produced by Studio B Films, a professional video production agency, and it shows. Everything is beautifully shot, the editing is very sharp and the acting isn’t excruciating to watch. If you’ve only got five seconds grab the user’s attention, you better have something worth watching. Shoddy filming and clunky editing just won’t cut it. I can’t emphasise enough the value in getting a proper filmmaker involved. Even if you’re a small business, a good quality video is a worthwhile investment and can be the key factor in rising above your competitors.

Two: It tells a story

This goes back to the human thing: we love a good story. Particularly in this video, the first five seconds begs the questions “what’s happening here?”, “It’s her first day of what?”. This is crucial in capturing people’s attention and, in this case, the video perfectly utilises our empathy with someone starting a new job. The anxiety of meeting new people, being the centre of attention and having to learn exactly what it is you’re supposed to be doing there. Telling a good story is much better than just saying, “we make a bit of software and we think it’s quite good, actually”. Having just said that you still need to tell people what you’re advertising.

Three: It shows what the product is

Now I don’t know if this is intentional or not, but it shows the product right at the 30-second mark, which is the point at which they have now paid for the view. If a picture tells a thousand words, then a video tells… erm… well the duration of the video in seconds times by the frame rate of the video, times by 1000 words… Basically, it tells A LOT. A video can explain a great deal about your product far more quickly that you can write about it. In this case, it shows very clearly how the software picks up on your simple mistakes, how it suggests a correction and how you make the amendment. What’s more, it also shows it working across multiple platforms. Bingo, I totally understand what Grammarly is.

Four: It has a clear message

I genuinely think that people these days struggle to keep up with the pace that technology allows us to run at. People want a reply to an email or a response to a complaint on Twitter straight away. The video is titled “write at the speed of life”, and I read that to mean Grammarly allows you keep up with the high-tempo digital world without tripping up over silly typos. The story of the video is that Lily’s first day wasn’t the bad day it could have been, thanks to this handy software. I’m personally not a fan of those adverts that are just weird or really quirky and totally unrelated to the thing they are advertising. It’s much more elegant to communicate what your product or service is all about AND have an interesting advert at the same time.

So there you have it, a sterling example of how to effectively use YouTube advertising to promote your product. You might not agree with me that this is a brilliant ad and if you don’t, please do share your thoughts in the comments. But the fact that this ad has had over 14 million views in just over a month suggests that I’ve got a point!

If you want to know more about how YouTube advertising can work for your business, get in touch.

See more blogs View our services Get in touch