It happened. The moment that CEO Jack Dorsey, among many others, has been waiting for: Twitter finally turned a profit.

To say it’s been haemorrhaging money would be a little on the extreme side, as despite fluctuation, the company’s losses have generally been decreasing in the last couple of years. Nevertheless, it’s no secret that Twitter hasn’t been raking it in for some time now. In fact, it was only in Q4 of 2017, almost 12 years after the company came into being, that the social media platform finally reported a profit. And at $91 million, it’s a pretty sizeable one at that. 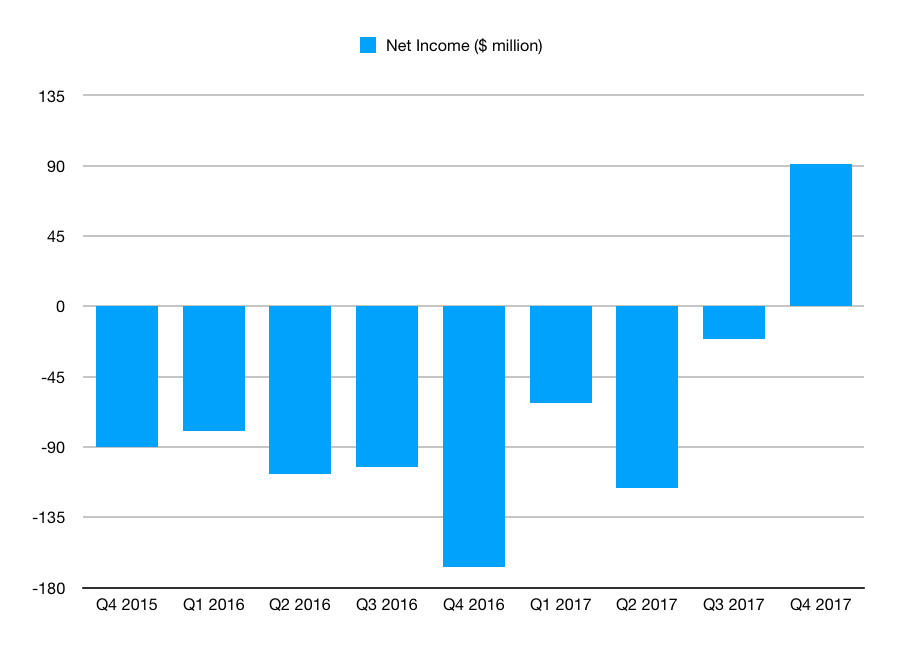 How did they do it?

It’s true that the audience and engagement have gone up, but the growth has been relatively small, sitting at just a 4% increase year-on-year. Falling short of estimations by Wall Street, Twitter actually failed to increase the number of users in the last quarter. What’s more, they took a hefty one million hit in their American user base. Given that this is where Twitter makes the majority of its revenue, turning a profit looked anything but certain.

Inundated with bots and fake accounts, Twitter had several issues to contend with. Changes to the service were made and considerable effort was put in to get rid of these spam accounts and although this had a positive impact on the platform, it certainly doesn’t explain how that $91 million materialised.

The short answer? Twitter cut costs to turn a profit. Making substantial cuts to research and development, stock-based compensation as well as sales and marketing, the company was able to achieve a considerable turnaround in the final quarter of last year. Ultimately, success is success, regardless of how you get there. But in this case, Twitter didn’t do it by growing their business, they did it by tightening the purse strings. Or, to put it more politely, they got smarter about what they spent their money on.

In essence, it doesn’t look like that profit margin will continue in the same vein; CEO Jack Dorsey has as good as promised to invest Twitter’s revenue in the platform itself, with the aim of improving the service this year. What shape and form that comes in, we’ll just have to wait and see.