Google have announced a change in the way their ads are displayed in results pages. They recently told Search Engine Land that, “after experimenting with a new search ad label with a green outline, we’ve decided to roll it out.”

Google stated that “we routinely test potential improvements to the look and feel of our search results page”. They claim “the new ad label is more legible and continues to make our results page easier to read for our users with clear indication of our ad labelling”. However, is this new look getting dangerously close to breaching advertising rules?

The UK Code of Non-broadcast Advertising and Direct & Promotional Marketing guidelines state that ads and other marketing communications must be obviously identifiable. But by removing the obvious solid green background, ads will be far less distinguishable from organic results. While Google claim this makeover is to help searchers “read” the results page, the new look undoubtedly makes the ads harder to recognise. It’s likely that Google is primarily doing this to improve CTR.

User-orientated, smart or sneaky? As you can see, the new format makes ads almost indistinguishable from the organic results…

This isn’t the first time Google have moved towards a more neutral look for their ads either. It was only in June 2016 that Google made the switch from a bright yellow background to green. Apparently, this was to “streamline the number of colours on the page” (Source: Search Engine Land). At the time, Google similarly claimed this was to improve user experience and stressed that testing confirmed the colour change didn’t impact on consumers’ ability to distinguish ads from organic listing. 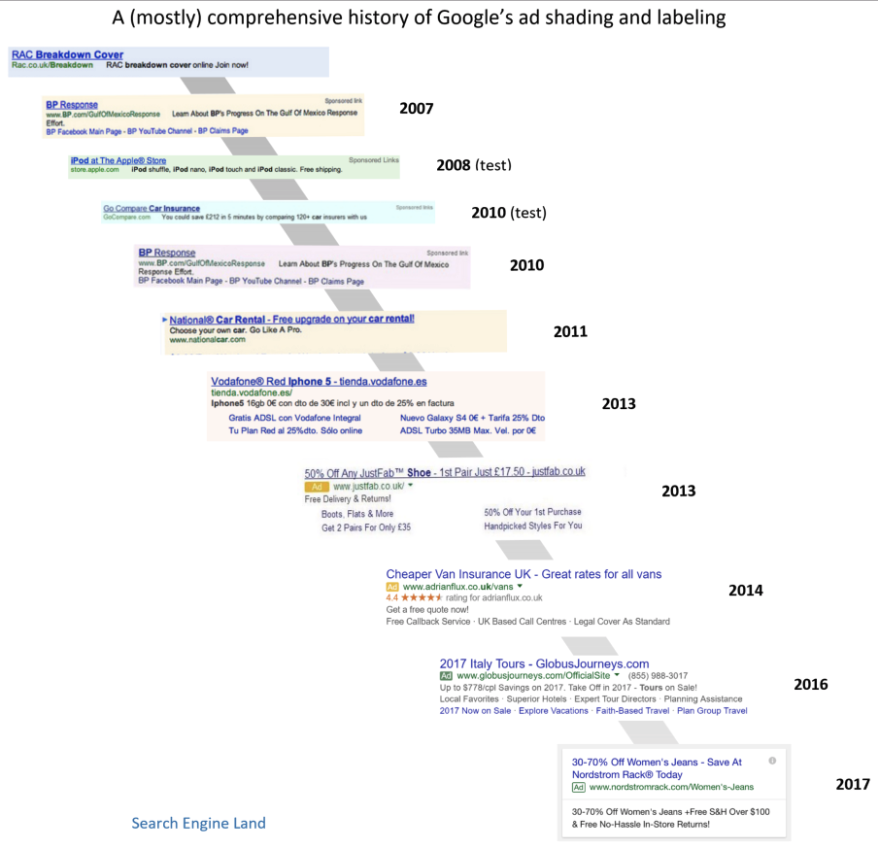 While some people don’t believe paid ads work, according to Ofcom’s Adults’ media use and attitudes report, 51% of users can’t spot a paid ad, and this percentage is likely to increase with Google’s new stripped back ad look. For advertisers, the change will come as good news. People often admit to skipping ads, as they can be wary and untrusting of paid advertising. So if more people are unable to recognise your listing as an ad, the less your ad will be skipped.

Perhaps Google is going back to advertising-roots to learn a thing or two from print. Print advertisers have been doing something similar for years. Magazines and other publications will use the words “promoted” or “sponsored” in content, to subtly indicate paid articles. Brands value this because their association with a publication looks natural, rather than paid for, and is therefore more likely to drive traffic, increase awareness conversions, and leads. 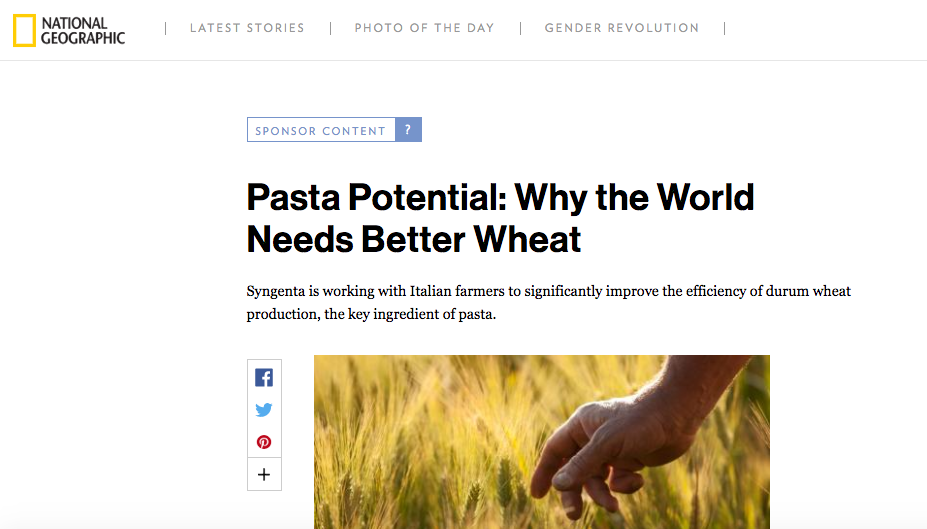 Example of Sponsored Content on National Geographic’s online edition – would you notice this was a form of paid advertising?

We’ll be sure to keep an eye out to see if the new Google ad look has a positive effect on CTRs once it fully rolls out in the UK. So watch this space! In the meantime, why not read about our Adwords and PPC  packages?