Google is pretty damn clever. In fact, most people probably think Google knows just about everything and will give you the correct answer to pretty much anything. As Google becomes more and more intelligent, though, it’s equally facing more and more criticism. Google mistakes are a pretty hot topic in the news at the moment but the question is, how fair are we being in our fault-finding?

First, Google found itself in the midst of the ‘Fake News’ crisis back in November. Google was dragged into the affair alongside Facebook, after listing an inaccurate page at the top of its “In The News” section during the US election. 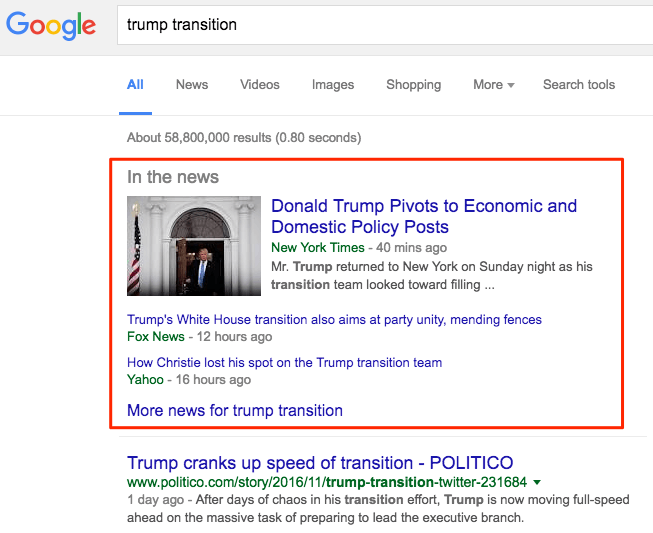 Next, The Guardian turned the spotlight on Google, as an article pointed out that Google’s ability to second-guess our searches isn’t always as helpful as we might think:

‘Type this into your Google search bar: “did the hol”. And Google suggests you search for this: “Did the Holocaust happen?”’ 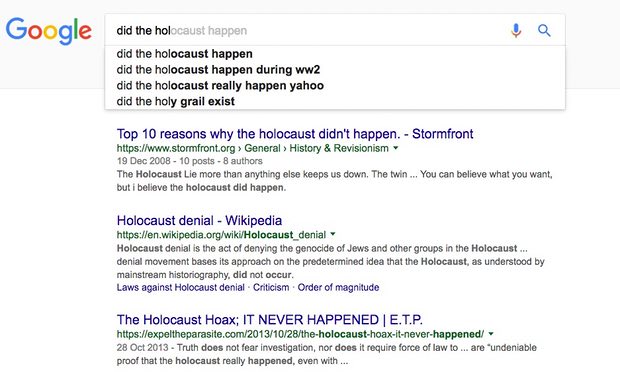 They highlighted the danger the search engine posed as tech-savvy right-wingers were ‘gaming’ algorithms to create unsettling new realities where Hitler comes off as a good guy and the holocaust might never have happened… The article begged the question, shouldn’t Google stop declaring itself a neutral platform and start taking responsibility for disseminating this kind of content?

Search Engine Land chimed in shortly after, criticising the impact of Google’s “featured snippets”. Though often taken to be the “one true answer” to a search query, these “direct answers” were often displaying incorrect and potentially harmful results. 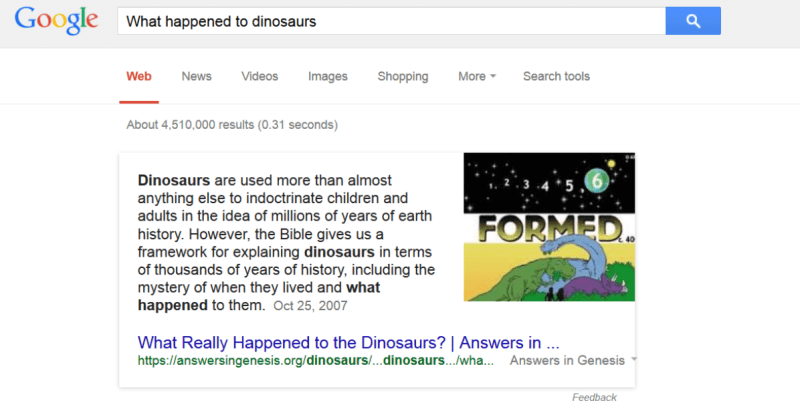 As comical as these were at first, it seemed crazy that with all of Google’s complex search algorithms, it had still determined that these ridiculous results (Obama’s planning a coup, several presidents were in the KKK, all women are evil etc.) should be given a prime position in SERPs.

Then, just last month, Google found themselves in trouble again as The Times revealed that British taxpayer’s money could be funding extremists through Google’s online advertising tools. Huge brands were dismayed to discover their ads had appeared on highly inappropriate websites, including rape apologists, anti-Semites, religious extremists and other hate preachers. This news once again raised the question of how Google, with its wealth of money and resources, can be hijacked by hate sites so easily. Surely Google has the means to take responsibility for ensuring this kind of thing doesn’t happen?

It’s certainly not a bad thing that pressure is being put on Google to buckle up and take a bit of responsibility. Google isn’t the neutral platform it may once have been. It now has a lot of power over the way our world is shaped and seen by its users. With that power comes responsibility. Although issues of censorship can be difficult and should be taken very seriously, Google still has an obligation to avoid misleading content.

However, despite all this, the fact of the matter is that Google is now working better than ever. So while journalists may be having a bit of a heydey right now, it’s unlikely that people will begin to lose trust altogether and stop using Google anytime soon.

Google second guessing our searches is helpful, its direct answers are usually the most accurate and though it can be easy to forget sometimes, most people do actually know that Google is not a demigod, but a machine.

No matter how clever Google’s algorithms are, with no human review process in place there will always be an opportunity for incorrect, (and sometimes inappropriate) content to come up. But people know this. Don’t tell me you’ve never followed a search pattern like,

“best restaurants” – nope, not a perfect set of results

”best restaurants in west london” – still not quite right

“best thai restaurants in west london that serve that chilli noodle soup thing” – BINGO! You got it.

And after all, if Google really is trying to sound more like a human, shouldn’t it make mistakes? We all do it. Otherwise, Google would just be that annoying friend who knows everything and frankly, that can be more off-putting than anything.