As the crackdown on the digital giants continues following the Cambridge Analytica scandal, officials are beginning to question Google’s extensive location tracking and data collection. News reports state that, earlier this week, members of the US Congress wrote a letter to the CEO of Google, raising concerns about its enormous database ‘Sensorvault’.

In the letter, the lawmakers have demanded an overview of how the Sensorvault data is used and shared, whether it is collected from any consumers who have requested that their data is not shared, as well as details of any third party involvement.

In the wake of the backlash against Sensorvault, we’re looking at the scale of Google’s location tracking so far and asking whether they will keep getting away with it.

All of this comes as a New York Times article reveals how the Sensorvault database has been used by police in the US to place a potential suspect at the scene of a crime. Jorge Molina was told by police that they had data from his phone which tracked him to the site of a shooting in Phoenix.

Sounds exciting, right? A great new resource for solving crimes and keeping people safe? Not so much. The suspect was later found to be innocent and, although he wasn’t charged, the accusation cost him his job and his car was repossessed.

Allegedly, the Sensorvault database holds location information from hundreds of millions of Android users, dating back to at least 2009. What’s more, Google have been known to respond to a single police warrant with location data from hundreds of devices. Many have raised concerns about the use of this data for law enforcement, as it is not necessarily an accurate way of collecting evidence.

A study titled “Google Data Collection” was carried out by Professor Douglas C. Schmidt in August 2018 and the results reveal the extent of Google’s ability to track our daily movements. The study found that 35% of all data samples sent to Google are related to location information.

The scale of data collection is enormous, particularly from Android phones, with the research showing that a “resting” Android phone will communicate location data to Google 340 times during a 24-hour period.

Not only can Google access your current location, they also keep a history of where you’ve been. Unless you know how and where to delete it, this will remain.

Perhaps most scarily, Professor Schmidt’s research also found that Google is able to connect the “anonymous” data they collect to individual users through their advertising technology. This is used to help advertisers understand consumer behaviour. 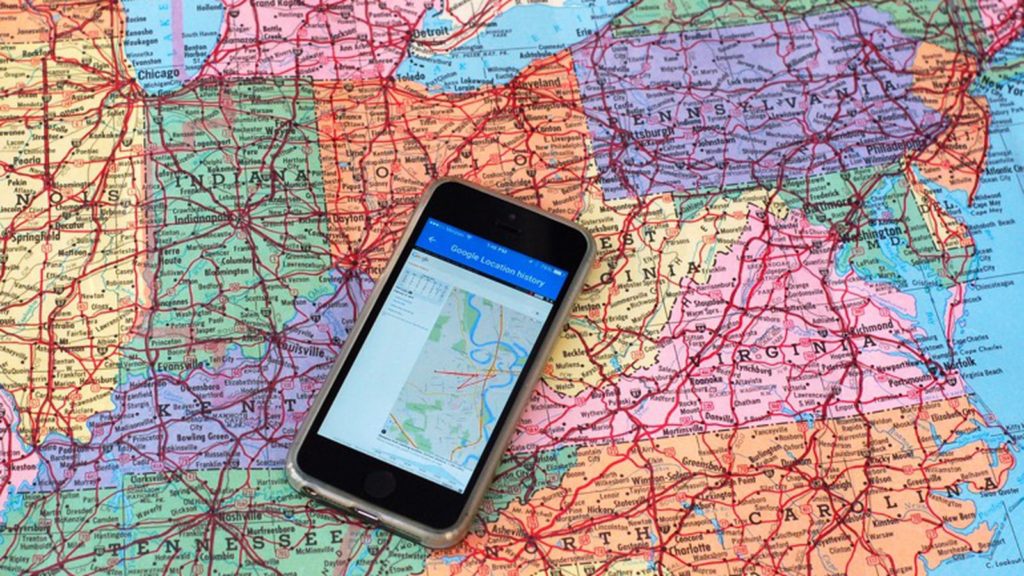 Can you turn off location tracking?

The simple response to concerns around Google’s location tracking would be: “just turn it off”. However, while you can easily pause your location history in your settings, this alone does not stop Google from tracking you.

While this is relatively easy to discover online, it may not occur to people who believe that they’ve turned off their location history with just one click. That’s why the scale of the location tracking has raised so many concerns – until you realise it’s happening and understand how to stop it, Google has access to every single one of your movements and are able to share this information with third parties.

The benefits of this for Google all relate to their advertising platforms. Since 2014, Google has let advertisers track the effectiveness of online ads at driving foot traffic using consumer location histories. If you understand the daily movements of your audience, it makes it far easier to create and refine targeted adverts which will direct them to your high-street store or business.

Will we continue to trust Google?

It is unlikely that Google will remain free from scrutiny now that the US Congress is demanding more transparency from them. Considering the increasing concerns from the general public over data privacy, the unpoliced power of tech giants such as Facebook, Apple and Google shouldn’t really be able to continue.

However, the main issue is that Google provides us with convenience.  We rely on the search engine to discover almost every piece of information we’re after and we willingly enter clues about ourselves on a daily basis. Google Maps is the tool used by most people for navigation and tailored adverts actually make our lives that bit easier when making decisions. Now, Google can even help our police to solve crimes and maybe even keep us safe. Are we willing to give that up to stop Big Brother from watching us?

If you enjoyed this blog post, you can check out our recent article on Google Maps AR and its marketing potential.