2018 has been a year of change and uncertainty, as political and environmental pressures have been thrust into the spotlight. How have these changes impacted the digital world? And how have marketers adapted to the changing environment to create effective campaigns?

Today, we’re looking back over 2018 to see who have been the winners and losers. We’re reviewing the worst and best digital campaigns of 2018 to decide who is getting an A* and who has been struggling to keep up with the rest.

Top of the Class

Although this social responsibility campaign began in 2017, it has received a great deal news coverage and recognition throughout 2018 for going one step further. LADBible partnered with the Plastic Oceans Foundation and created an island from a mass of plastic in the ocean. The plastic waste had formed an area the size of France and LADBible, alongside AMV BBDO, created an official flag, currency and passports for this new “country” to raise awareness of the excess of plastic now in the ocean.

The company, best known for viral video content creation, has become involved in social issues over the years, departing from its original image as the home of the “typical lad”. During the Trash Isles campaign, they published over 10 videos on their channels, as well as 12 editorial articles. These combined have now been viewed by over 55 million people.

Environmental consciousness is becoming ever-more important and successful digital marketing and digital pr strategies will go to more extreme lengths to show dedication to a cause.

KFC took an unusual digital marketing strategy this year, deciding to promote negative customer feedback on its social media channels. As part of their campaign to introduce their new fries recipe, they promoted negative tweets about their old fries.

This was a smart move by KFC – they improved brand visibility and did so in an unusual, eye-catching and humorous way. We can’t wait to try their new fries! 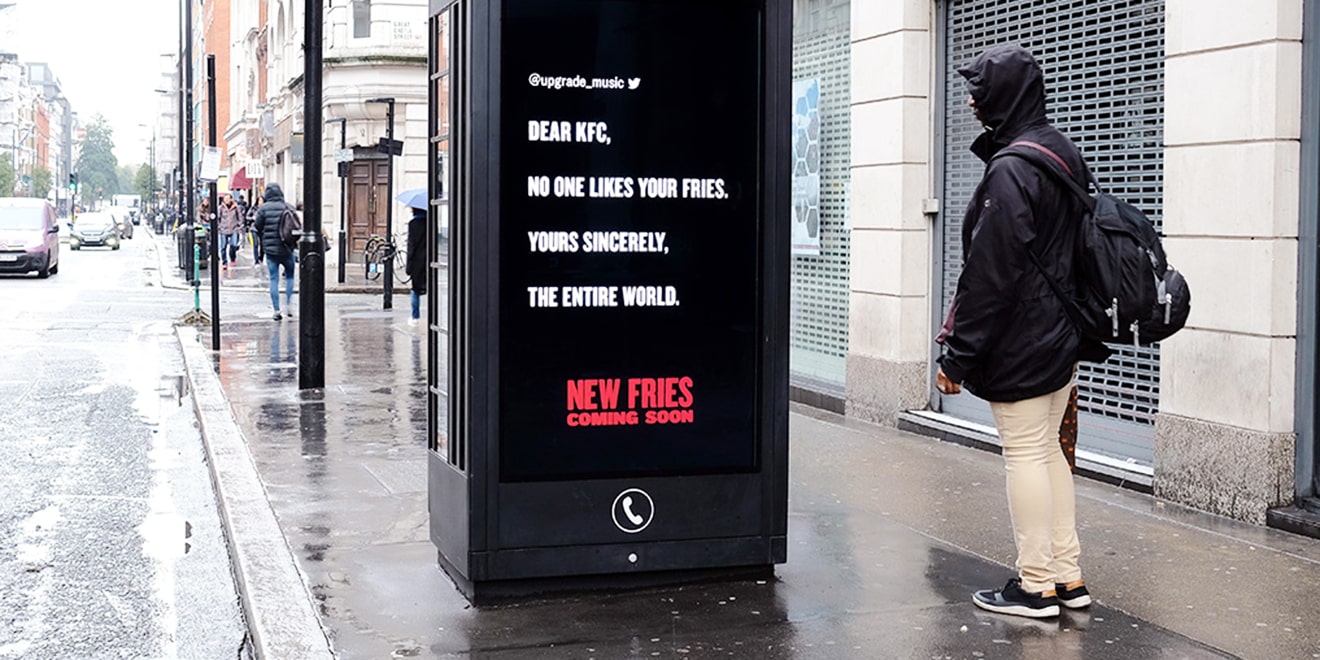 Don’t ignore negative feedback on your brand – you can use it to your advantage. The best digital marketing strategies are the unexpected ones.

Although it may well have been accidental, this wide-reaching and much-discussed Iceland advert became a digital marketing winner simply by getting banned from the television. It’s suppression led to outrage among the general public – who were easily able to view it on Youtube and via Twitter, Facebook and other digital platforms. Many were confused why it was banned for being too political when it was simply bringing attention to a key environmental issue.

Following the advert, Iceland created a cuddly toy and continued to promote Rang-Tan on Twitter and Facebook, even taking him out on trips to visit the emergency services. Marketing Week reported that is was the Christmas advert most likely to make people buy, so it’s a real win for Iceland, Greenpeace and the environment here.

Taking risks with your marketing strategy can lead to bigger success than you initially thought. People are becoming more and more eager for positive change and challenges to the status quo and will respond best to those who appear to offer it.

Although this campaign was not primarily digital, the reaction to it tells us a lot about the digital audience today. The so-called “apology ad” campaign was launched after the Cambridge Analytica scandal, which resulted in a massive shift in public perception for Facebook.

The advert attempted to reassure users that Facebook was still a place for connecting safely with friends and loved ones. However, the ad was branded as insincere by a number of media outlets, with many picking up on the fact that it seemed to remove any responsibility from Facebook.

In the era of so-called “fake news”, sincerity has become extremely important to digital users. A strategy which fails to take responsibility and comes across as insincere will not be well received.

Maybe we’re being a bit harsh here, but since the John Lewis advert has become something of a Christmas tradition, expectations are always high. While the advert usually makes headlines and gets trending online instantly, news coverage of the Brexit debates and the coup against Theresa May dominated the top spots. Of course, Brexit coverage has been never-ending so you might ask whether this is really the fault of John Lewis. But what it does show is the importance of timing.

What’s more, although Elton John is a national treasure, the ongoing campaigns featuring his music may come across as a shameless promotion of Elton John (who conveniently has an upcoming movie). One journalist has suggested that John Lewis also missed the mark by failing to promote the high street, instead focusing on general brand awareness.

Timing is key and it’s important to address the issues that your brand is facing (in this case, the decline in high street shopping).

So, there we have it – our best and worst digital campaigns of 2018. Thanks for reading and Merry Christmas!

Looking for advice on your digital marketing strategy? Get in touch with us today.